“The Michigan Freedom Network is excited to endorse these champions for Freedom who are ready to fight on behalf of the families and workers that have suffered under the extreme policies of Gretchen Whitmer and the Lockdown Left,” said spokesperson Tori Sachs. “In addition to our primary election winners, these conservatives will stand up for our Constitutional rights and defend taxpayers from rising prices in the Whitmer-Biden economy, and we look forward to working with them after they win in November.”

A complete list of the Michigan Freedom Network’s endorsed candidates for the state legislature can be found at michiganfreedomnetwork.com/endorsements.

LANSING, MI –  The Michigan Freedom Network congratulated endorsed candidates on their victories in primary elections across the state.

“The Michigan Freedom Network is proud to help send a conservative, governing majority to Lansing to undo the damage caused by four years of Gretchen Whitmer’s extreme policies,” said Tori Sachs, spokesperson for the Michigan Freedom Network. “The tidal wave of victories for our Freedom candidates are a win for every Michigander who has suffered under Gretchen Whitmer’s COVID lockdowns and the rising prices on gas and groceries. We congratulate these candidates for their hard-fought victories, and we look forward to working together to restore Freedom in our state.” Whitmer last week at the Detroit Regional Chamber of Commerce’s Mackinac Island Policy Conference in a shocking television interview claimed she never promised to fix Michigan’s roads. In reality, her pledge to “fix the damn roads” was the centerpiece of her entire 2018 campaign, and has been her personal catchphrase for 4 years.

“That’s not ever a promise that I made,” Whitmer bizarrely told the media on Mackinac Island. In fact, she promised to fix the roads again and again. Today’s new advertisement features a long montage of clips of Gretchen Whitmer herself – in her own words – promising to “fix the damn roads.” 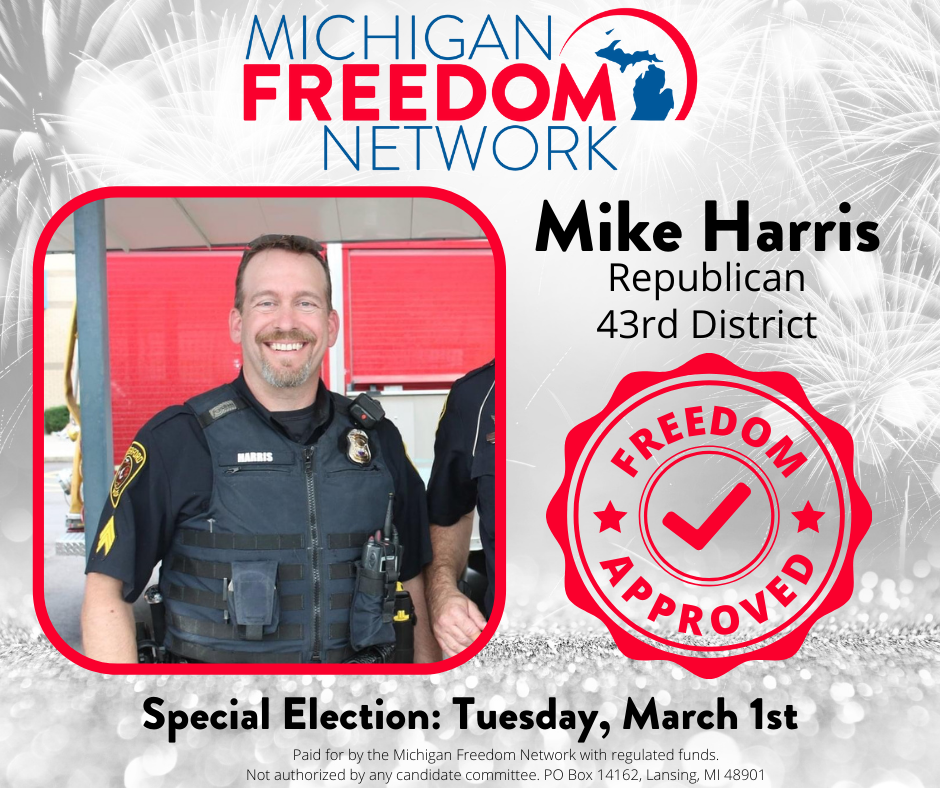 “As a retired Waterford Police Officer, Mike Harris understands the importance of first responders in our communities – we are confident that Mike will stand strong against radical attacks on law enforcement, defending our police, not defunding them. 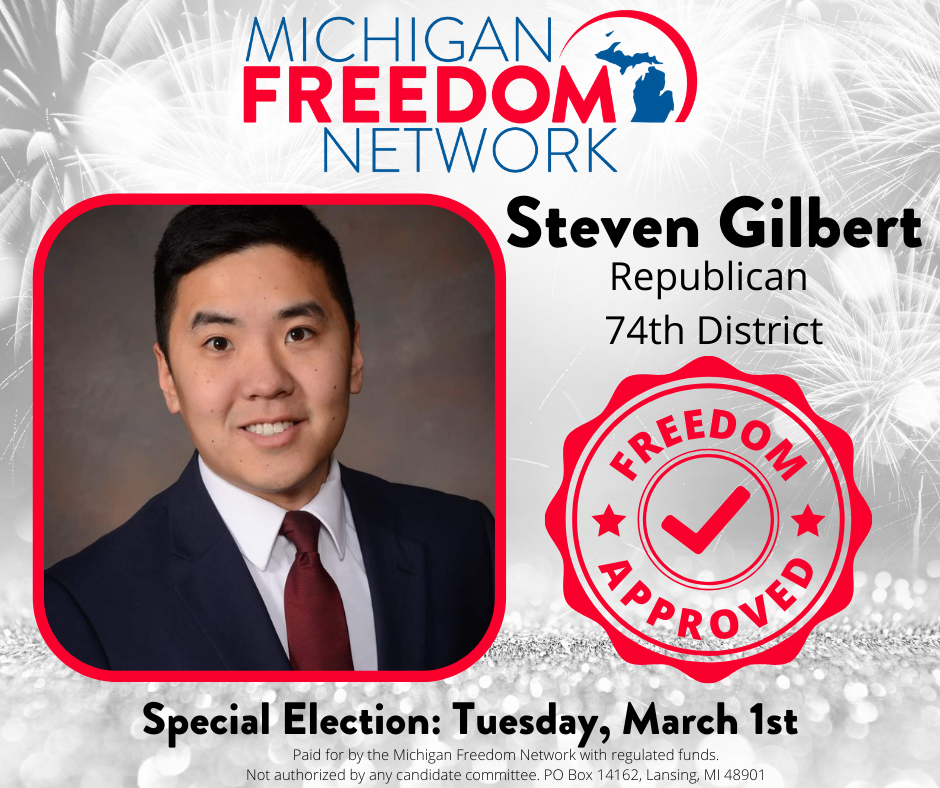 “Steven Gilbert is part of a new generation of leaders who know the importance of personal liberties. Steven will always defend the people of Michigan against radical-left policies like endless government lockdowns and vaccine mandates that infringe on the rights of everyday Michiganders.”

Mike Harris is a retired police officer from Waterford and owns a small business in the community. Steven Gilbert is currently a member of the Walker City Council and previously worked for Senator Roger Victory.
Michigan Freedom Network is an independent political action committee. The Michigan Freedom Network supports candidates who advocate for fiscal responsibility, economic freedom and the elimination of coercive and compulsory policies.
###

“Doug Wozniak has been a champion for limited government and the Freedom of every Michigan citizen,” said Freedom Network spokesperson Tori Sachs.  “Wozniak’s commitment to fighting for the Constitution is exactly what we need in the Senate, and the Michigan Freedom Network is proud to stand with him.”

“The Michigan Freedom Network is proud to stand with Pam Hornberger because she is willing to stand up for the Constitution,” said Freedom Network Spokesperson Tori Sachs.  “Hornberger’s record of fighting for freedom, liberty, and accountability makes her the clear choice for the state Senate.”

“Mark Huizenga is the kind of principled leader we need in the Senate, and the Michigan Freedom Network is proud to stand with him,” said Freedom Network Spokesperson Tori Sachs.  “Huizenga puts people, principle and the Constitution above petty politics.  He fights every day for freedom and opportunity and that is exactly what he will continue to do in the Senate.”

We Want to Hear from You